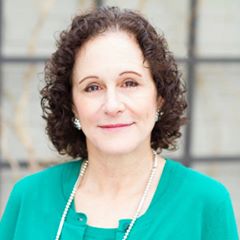 In January 1989, she became an associate at Linden and Deutsch, which later became Deutsch Klagsbrun & Blasband. There, she represented clients in copyright and trademark infringement litigation, including the plaintiffs in Childress v. Taylor, 945 F.2d 500 (2d Cir. 1991) (joint works) and Branch v. Ogilvy & Mather, 16 U.S.P.Q. 2d 1179 (S.D.N.Y. 1990) (total look and feel), and defendant Houghton Mifflin in Eisen, Durwood & Co., Inc. v. Tolkien, 794 F. Supp. 85 (S.D.N.Y. 1992), aff’d, 990 F.2d 623 (2d Cir. 1993), which held that the “Lord of the Rings” trilogy had not fallen into the public domain in the United States. She also handled various kinds of entertainment transactions, from book publishing to music publishing and theatre, and helped build up the firm’s growing trademark practice.

Ms. Friedman left Deutsch Klagsbrun & Blasband in the fall of 1993 to build up her own practice. Her clients included book and magazine publishers, as well as individual creators, and she expanded her practice to include advertising matters. In addition, she began to represent Internet start-ups and to handle electronic licensing, domain name disputes, and other Internet/new media matters.

In January 1999, she became counsel to the entertainment firm of Leavy, Rosensweig & Hyman, providing niche expertise in the still-new area of Internet law. When that firm dissolved in December 1999, Ms. Friedman moved to Reboul, MacMurray, Hewitt, Maynard & Kristol. There, as the firm’s sole intellectual-property attorney, she worked with the firm’s corporate attorneys on venture-capital and M&A deals; handled software licenses and hosting, network and other technology agreements for the firm’s hi-tech clients; and continued her practice in literary property and other areas for other clients.

In February 2003, shortly before Reboul, MacMurray merged with Ropes & Gray, she opened this office, which offers the benefit of her almost 30 years in these fields to clients of all sizes, but in particular to smaller companies and individuals who want individual attention and an alternative to big-firm rates and fee structures. In addition, from January 2005 to January 2019, she served as part-time General Counsel to Jobson Healthcare Information LLC, which is now part of WebMD, and in 2010, she became counsel to the Paul Ellis Law Group (https://www.pelglaw.com), where she continues to work on intellectual property, software, privacy, and other matters.

Ms. Friedman has two sons, Aron (29) and Jonah (24), who keep her on her toes even though they are both out of the house. Now that COVID has abated somewhat, she has been thrilled to be back skiing out west (Alta/Snowbird, Sun Valley, Big Sky, and Copper Mountain) with her fiancé and their ski group. She hopes to be able to get back to foreign travel soon, having traveled shortly before COVID to China, Peru, and Eastern Europe. At home, she reads a lot of fiction and works out while watching various series and movies that everyone else has already seen; as of  March 2022, she was watching Call the Midwife. And now she has to plan a wedding, which is turning out to be more work than she anticipated, but it’s all good!